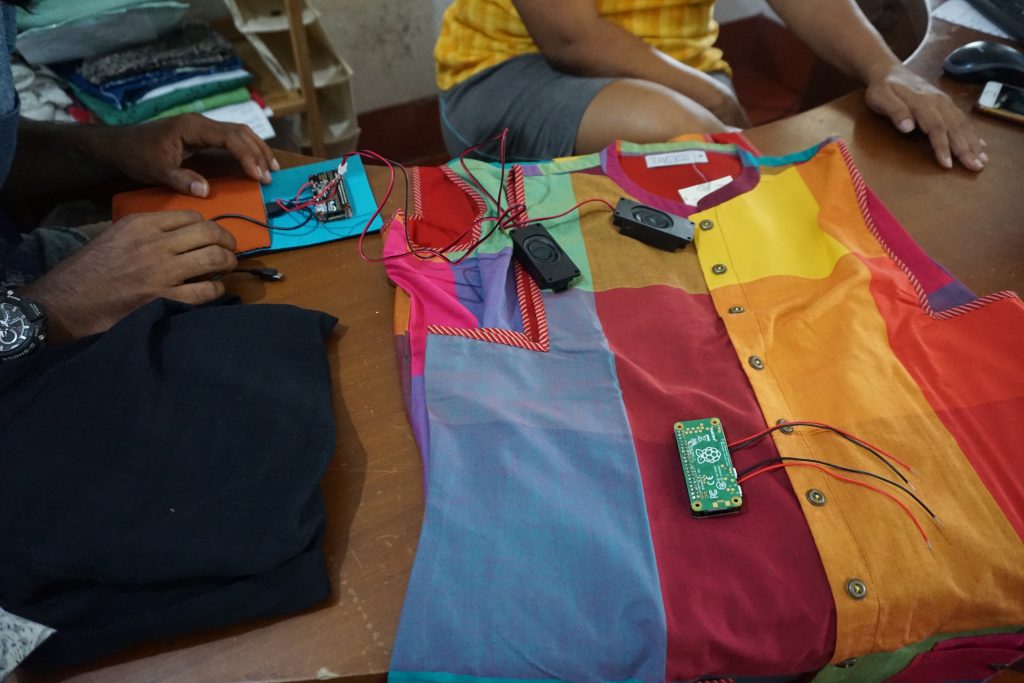 Narrowcasting is a project inspired by the 2018 Womxn’s March in Seattle, Washington and named after the news sharing practices of the early years of Sangham Community Radio in Andhra Pradesh. In the early methods of this female run community radio, women recorded the stories of their neighbors on cassette tapes and spread this information by playing the audio in different villages. Working toward a more diverse conversation in the global movement toward gender equality, I used garments created by Seamstress, a Kochi based company owned by Rasmi Poduval, to infuse networked mobile amplification devices to project
the stories of voices from gender minorities. The intention of these garments is to provide a platform for people in a position of privilege to use their bodies to amplify underrepresented narratives and to have an active uniform to be used in performance and protest. Local female and transgender activists were interviewed at Pepper House, in Fort Kochi, and this audio was woven together to create the content projected in this work.