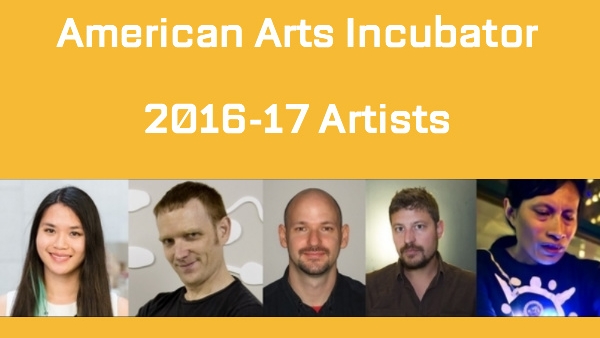 Each of the selected artists will lead a training workshop, production lab, and public exhibition addressing a social challenge during a month-long exchange to each country. Through AAI’s experience-based learning methodology, participants will engage in discussions, activities, and experiments around a social challenge of local importance. Small grants will be awarded to participant groups from the local community, creating new opportunities for collaborative innovation. By applying creative practices to social challenges, community participants will develop their own arts-based solutions to bolster local economies, influence public policy, and further social change.

The five American artists will act as cultural envoys, using artistic collaboration to foster new relationships built upon common social values and the collective exploration of differences. They will share their technological skills and aesthetic sensibilities with international creative explorers working in the burgeoning fields of social entrepreneurship and arts-based community engagement.

ZERO1 is proud to welcome this year’s AAI artists into our ever-expanding network of hybrid explorers in art, science, and technology. In the year to come, we will be working together to provoke and explore new ideas that build more inclusive, engaged, and vibrant communities around the world. 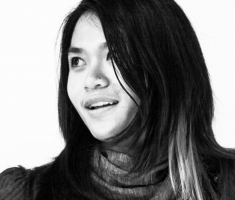 Elaine Miu Cheung works at the intersection of art, design, computing, and technology. Originally from Los Angeles, she explores themes relating to our embodiment of tech, future systems, and experiential interactions. As a Chinese-American, she bridges ideologies from Eastern and Western perspectives and practices, which feeds into her most recent work on the nature of consciousness through wearable technologies. In 2013, she completed her BFA at University of California, San Diego majoring in Interdisciplinary Computing and the Arts and has just completed an MFA in Media Design Practices from Art Center College of Design. Her work has been exhibited in San Diego, Los Angeles, and Grinnell, Iowa. Most recently, she traveled to Myanmar as a summer researcher and UX designer at Proximity Designs, developing strategies for brand identity and joining a collaborative research team exploring betel farms and the potential for technological and smart systems in rural farming.

Scott Kildall is a cross-disciplinary artist who writes algorithms that transform various datasets into 3D sculptures and installations. The resulting artworks often invite public participation through direct interaction. His work has been exhibited internationally at venues including the New York Hall of Science, Transmediale, the Venice Biennale and the San Jose Museum of Art. He has received fellowships, awards and residencies from organizations including Impakt Works, Autodesk, Recology San Francisco, Turbulence.org, Eyebeam Art +Technology Center, Kala Art Institute and The Banff Centre for the Arts. 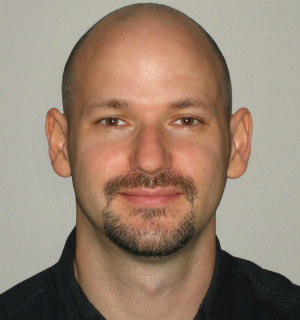 Michael Kuetemeyer is an award winning media artist and teacher of experimental and documentary media. He received his MFA from Temple University and BS from University of Wisconsin - Madison. He is a recipient of a Fulbright Scholar Award and a founder of Termite TV Collective. His work has been broadcast on PBS and screened at festivals and museums worldwide, including the Museum of Modern Art, the Flaherty Film Seminar & the Museum of Television and Radio, New York. As part of SPACES, a social practice artist residency funded by ArtPlace America, he is currently an Artist in Residence at the Village of Arts & Humanities in Philadelphia. He is committed to creating innovative, socially engaged participatory media art projects with communities. He was awarded a Mid Atlantic Arts Foundation, Artist and Communities Grant to conduct a youth filmmaking residency at the Reichhold Art Center in the U.S. Virgin Islands. Michael currently teaches in the Film & Media Arts department at Temple University.

Nathaniel Ober is an artist whose work crosses disciplines from installation and performance, to video and sound. His interdisciplinary works examine concepts of human perception and natural phenomena. Nathaniel’s current research is focused on astronomy and astrophysics, which deal with techniques of sonification and processes that attempt to expose our innate connection with the universe. Nathaniel’s work has been exhibited nationally and internationally with over 40 solo and group shows. In 2009 he moved to New Delhi, India to serve as Program Director of Visual Communication and Interactive Media Design at Raffles Millennium International, later transferring to the Raffles Design Institute in Colombo, Sri Lanka. He is currently working as a hybrid artist and educator in the Bay Area. He earned a Master of Fine Arts from the Digital Arts and New Media program at the University of California, Santa Cruz, and a Bachelor of Fine Arts from the Columbus College of Art and Design. 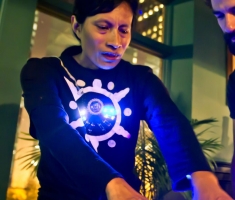 Balam Soto creates contemporary, exploratory artworks that fuse low tech with high tech, including interactive art installations, public artworks and video. Balam works independently on the artistic and technical sides of his pieces. An award winning, internationally acclaimed new media artist, Balam has exhibited in fine art venues worldwide including: the AluCine Latin Media Festival in Toronto, Canada; World Maker Faire at the New York Hall of Science Museum in Queens, NY; El Museo del Barrio in Manhattan, NY; Gallery of Oi  Futuro in Brazil; Queens Museum of Art  in Queens, NY; Everhart Museum of Natural History, Science & Art in Scranton,  PA; the Centre Cultural in Brussels, Belgium; the National Library of Cameroon in  West Africa; and the Art and Technology Corridor at the Three Rivers Arts Festival  in Pittsburgh, PA among numerous others. Balam has received four Editor’s Choice awards from the World Maker Faire held at the New York Hall of Science Museum in 2010, 2012 and 2014. Balam is the owner of Balam Soto Studio and co-owner of Open Wire Lab, both located in Hartford, Connecticut.