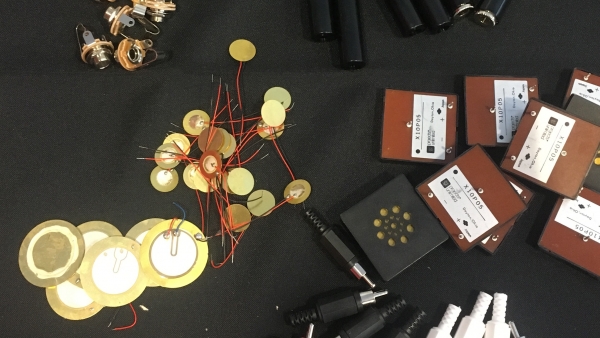 This past weekend I was asked to take part in the San José Paseo Public Prototyping Festival as a representative of ZERO1’s American Arts Incubator (AAI) program. The festival was created to celebrate the culmination of the San José State University Paseo Prototyping Challenge at the newly opened SJSU Hammer Theatre Center in downtown San José.

On Friday, I conducted a workshop with AAI program director, Kate Spacek, that was intended to mimic one of the first workshops we’ll be leading in Colombia. The workshop was designed to explore the relationships of people to their environments through the phenomena of sound. We had group discussions on what it means to listen, and how the sounds we hear shape and shift our perceptions of the world around us. I described some of the basic fundamentals of sound, as both a physical phenomena (physical vibrations) and perceptual phenomena (our cognition of these vibrations). Following the series of short listening exercises, participants were able to experience some hands-on building and electronics soldering.  Each person built their own contact microphone that they were able to take with them at the end of the day. 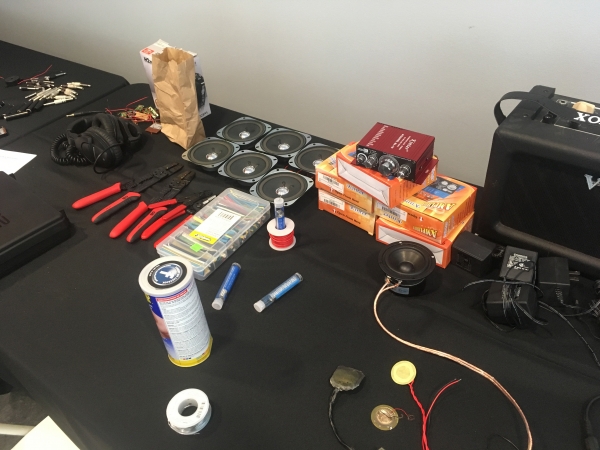 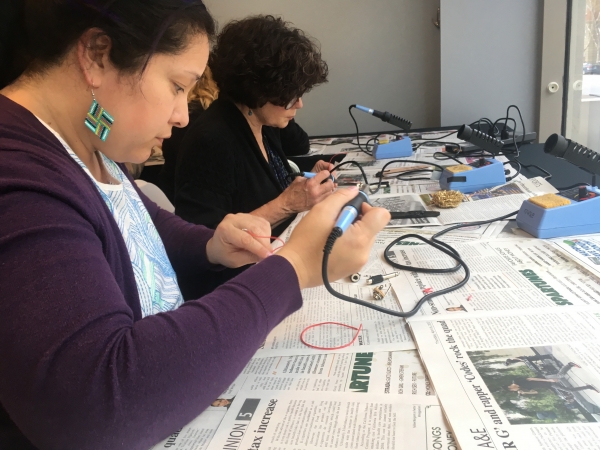 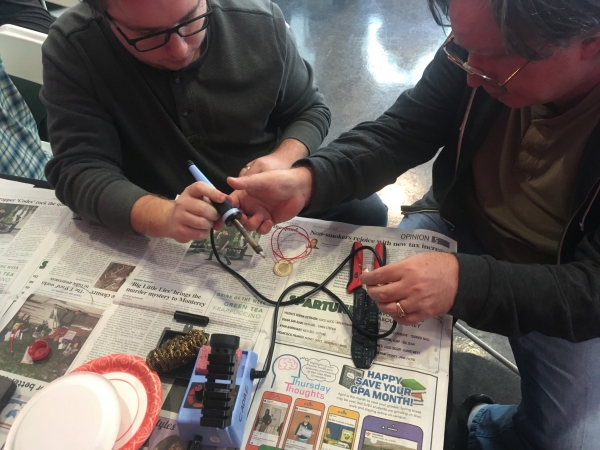 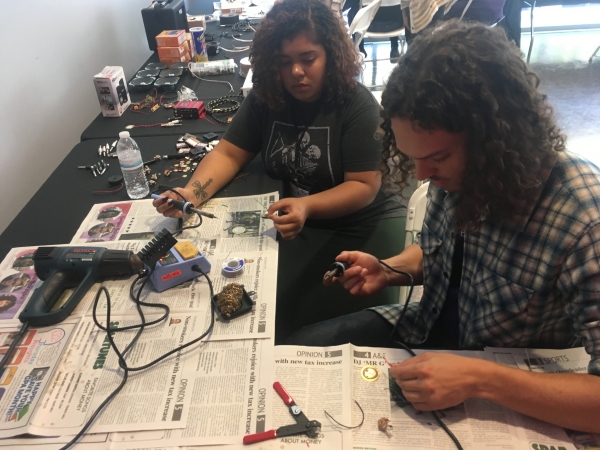 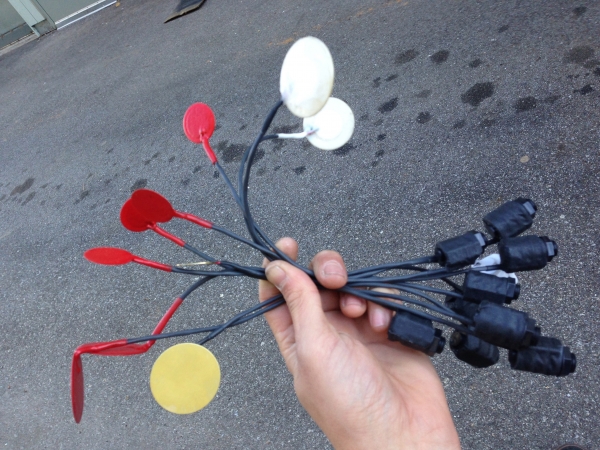 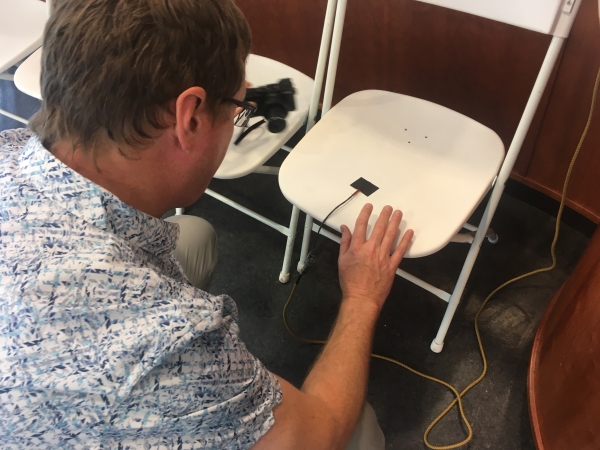 The ability to use this workshop as a trial run for the upcoming series I’ll be leading in Colombia was of great help. It provided many insights into the nature of working in small groups around large issues and topics that are often hard to talk about. Through the listening exercises, one of the topics that arose was the idea of memory and attaching or retrieving a memory from a sound experience. How does the sound in our environment effect our own emotions and thoughts? And how can we strive for empathy through listening to others?

As the workshop came to a close we discussed all the lessons of the day and shared many new takeaways for the participants, as well as Kate and myself. We emphasized that listening is an active process rather than passive, and that the practice of listening can be a building block to fostering understanding and unity. One of our main objectives was to expand perspectives and explore sound spectrums while in the process discovering how each person’s hearing is different.

This is the first in a series of workshops. Moving forward through the AAI program we will begin growing ideas for public project concepts that use the techniques we learn throughout the week to engage community into a new kind of dialogue around social inclusion. 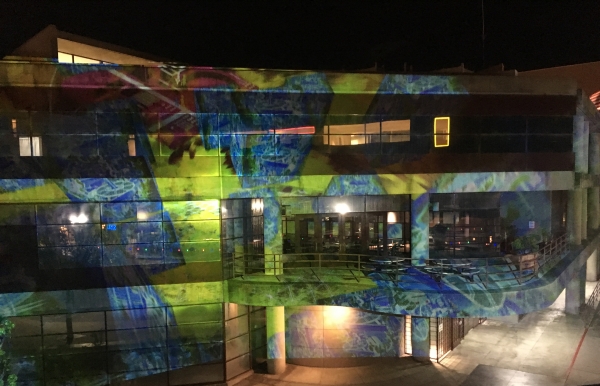 In addition to the workshops, I was asked to create some large-scale projections on the facade of the US government building that sits opposite the Hammer Theatre. The content projected was a mix of futuristic illustrations of green city planning, Buckminster Fuller diagrams, and nature intertwined and mashed together to create a visual experience for festival goers and passersby.