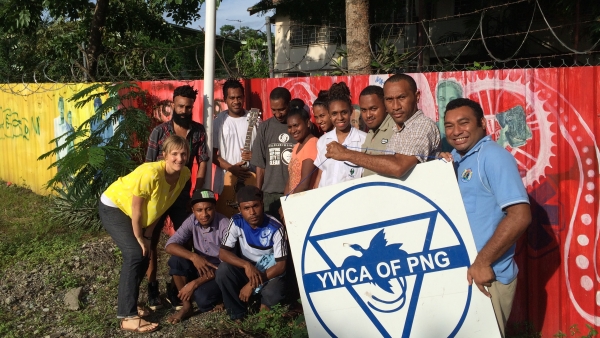 A Letter From Our Partner: YWCA of Papua New Guinea

Note: ZERO1 invited each of their partners to share their exchange experiences by contributing to our blog. This is a message to ZERO1 from Diane Kambanei, Executive Director of YWCA PNG. Her letter captures her organization's experience partnering with ZERO1's American Arts Incubator and the local U.S. Embassy.

The YWCA PNG were privileged to engage in a partnership with the American Arts Incubator in March of this year. The engagement was facilitated by our Young Women’s Coordinator, Naomi Woyengu. It all began at the National Women’s Forum. This meeting was one of chance and divine occasion. The YWCA had been discussing for a while how to incorporate the Arts to advocate for gender equity issues! We had thrown around ideas for a couple of months and this meeting with Kate and Kendal aligned with what we had been discussing.

Naomi eagerly introduced me to Kate and Kendal, and there was an instant connection. The purpose and vision of the American Arts Incubator was precisely what we had discussed. Soon after the Forum, young people representing the Youth and Adolescence Heath (YAH) Club, Youth Against Corruption (YAKA), and the YWCA PNG gathered at the national office for a presentation by Kendal and Kate. To our surprise, the projects Kendal presented were unlike what the young people and the YWCA had envisioned as art, and how art could relay a message or theme. These art projects depicted through the presentation were creative, peculiar, and unique - and they certainly were not the traditional sculptures installed around our city. This presentation birthed much inspiration! 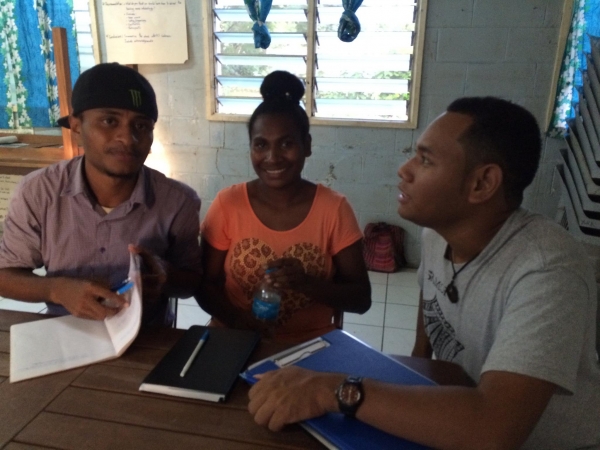 Workshop Sessions with YAH and YAKA.

From this moment and throughout the weeks to follow, I watched the young people share ideas with one another and take ownership of this project. The YWCA aim was to empower the young people from different organisations so that they may advocate for issues that they felt should be addressed in our country. The young people chose to address gender equity and youth empowerment (specifically gender-based violence and teenage pregnancy) through two distinct projects. The objectives of creating a safe space and allowing young people to advocate for social issues was achieved through both. Young people came alive in their creativy as they constructed these projects. The program pushed them to think outside the box. Instead of utilising traditional means to advocate for issues, they experienced how collaborative art displayed in a public place could engage the broader public and other young people in the cause.

The YWCA has a young women’s program called Rise Up! that is focused on empowering women, ages 15-30 years old in rural PNG. Human rights, women’s rights, leadership, gender-based violence, public speaking and sexual reproductive health rights are a few of the key issues. Now, after experiencing an enriching partnership with American Arts Incubator, we are planning to use a similar delivery of collaborative art in public spaces with the Rise Up! program. We look forward to having the young women who will go through the Rise Up! training conceptualise public artworks that will address issues they face in the villages.

This experience has been life-changing for all involved. Learning how to express creativity through art whilst advocating for social issues is powerful. I’d like to thank the American Arts Incubator and ZERO1 for choosing a partnership with the YWCA of PNG.