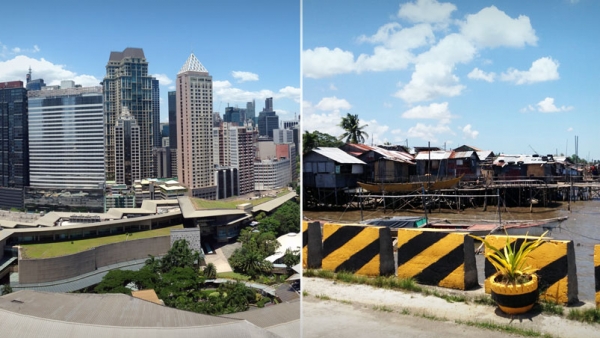 A week ago, I was just landing in Manila and getting ready to start the American Arts Incubator (AAI) program. Our first stop and "home-base" was Makati City, nowadays considered the Financial District of Manila and also an area that makes evident the booming market and financial growth of the country. There, I saw perhaps one of the biggest urban malls on the continent! Or, at least, one with enough room to exhibit a one of-a-kind, custom designed "Jeepney" for Pope Francis, or in colloquial terms here, “the Papamobil.” Anywhere else outside the perimeter of Makati City, one can see contrasting images of Filipino life, clearly demonstrating both the amazing opportunities and also the struggles present in this context. Our short stay in Manila also included a visit to Green-Papaya (a long standing artist-run space) and a quick look of Paul Pfeiffer’s new exhibition at MCAD. 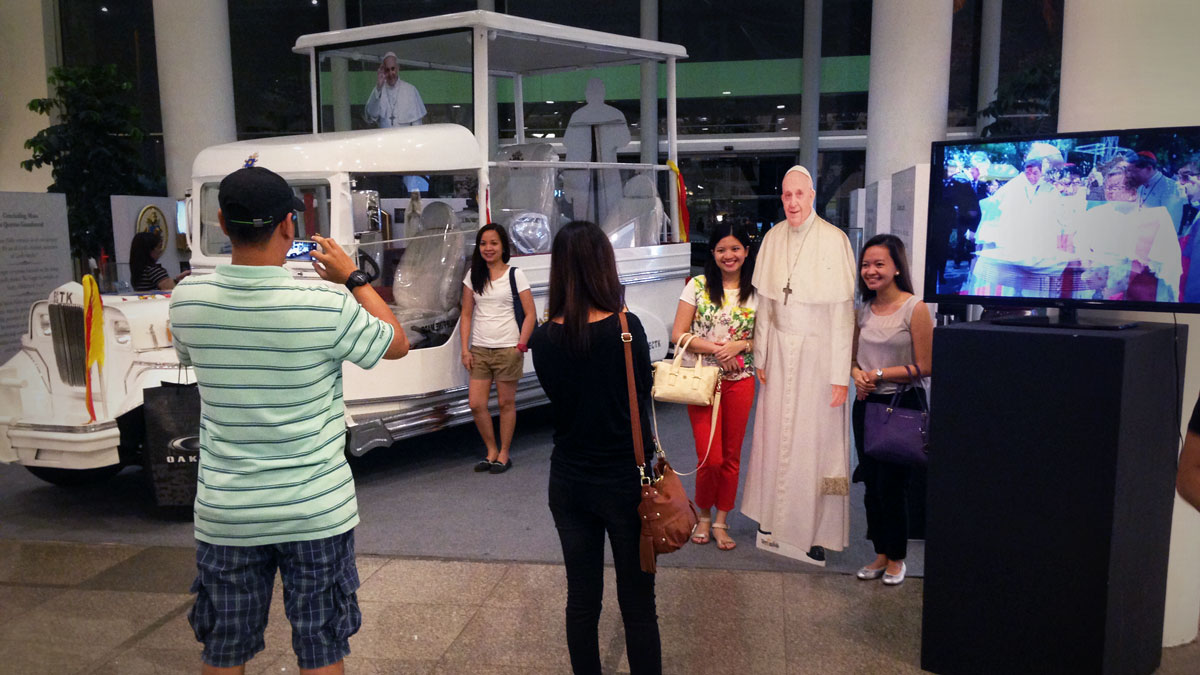 Being my first time in the Philippines, I started to feel more confident navigating the local context on many levels: from public transportation to the lively social customs, and most importantly, the look and feel of the city. In this short time I have experienced an immediate connection with the country, perhaps because I spent many years living in South America, which, like the Philippines had a very strong influence from Spain (for at least 350 years) during Colonial times.

Three days later, Kate Spacek, ZERO1's program manager for AAI, and I were boarding an airplane to Bacolod in order to meet with Tanya Lopez and the staff from the Negros Museum, our host and local partner in the program. Our first two days with the museum were so carefully planned, which gave us the chance to meet local community leaders, journalists and representatives of the local government, literally one after the other. This system made me feel like sitting in a very professionally crafted “speed-dating” sort of situation. I’m not sure how common ‘speed-dating’ is in Filipino culture (ha ha) but given the precision and successful matching (of course, of professional interests), I think Tanya and her team found the perfect combination for initiating “first-sight” collaborations.

It has been only one week for us in the Philippines, but perhaps the most exciting part about this journey is to experience the energetic attitudes towards everyday life from the people of Bacolod. Their huge levels of inventiveness populate the city and create an environment where nothing seems impossible. From ingenious artifacts, like former military vehicles from WWII turned into (very) colorful public buses (or 'Jeepneys" in the local dialect); or bicycles and motorcycles attached to metal structures that are used to run food stands, transport merchandise or even replace taxis! Other unique occurrences that I have encountered by walking through the streets are as simple as an improvised hammock made only with two ropes, to entire homes made out of bamboo including the walls, flooring and even furniture.

Getting around Bacolod City.

Overall, the excitement and diligent work being done by our amazing team of museum staff and volunteers, plus the openness of the people from Bacolod make this place already feel like my home-away-from-home. Meeting after meeting, I feel ever more confident about the connections, understanding and support that we can gain in the next few weeks. Now that we’re moving into the thick of the project and workshops, it’s fascinating to see how the conversation naturally shifts. Instead of making more statements about what Art is, we’re all trying to figure out what Art can do for our local contexts…