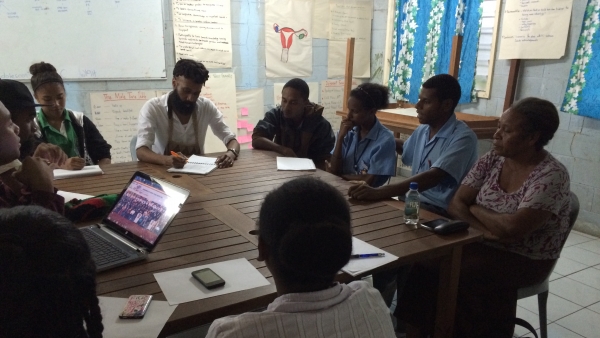 It's All About Confidence

The first workshop at the YWCA was with young members of the Youth Adolescent Health (YAH) Club and Youth Against Corruption Association (YACA). Both groups formed their own governing bodies through a democratic process and are very active in discussing concerns around HIV/AIDS, violence, and other social issues that plague PNG youth. So, it was very surprising that when I asked the members around the room what they would like to address through a public artwork: litter, religious restrictions/rules, and societal expectations were the first things to come up. When pressed as to why they did not mention the very issues they have been advocating for, they revealed that these topics were very culturally sensitive particularly in a public dialogue setting and it would be difficult to broach. I suggested that we step up to the plate and think creatively to find ways to figure out how to address the sensitive issues in ways that are palatable to the public because it’s so important to their development. There was consensus. 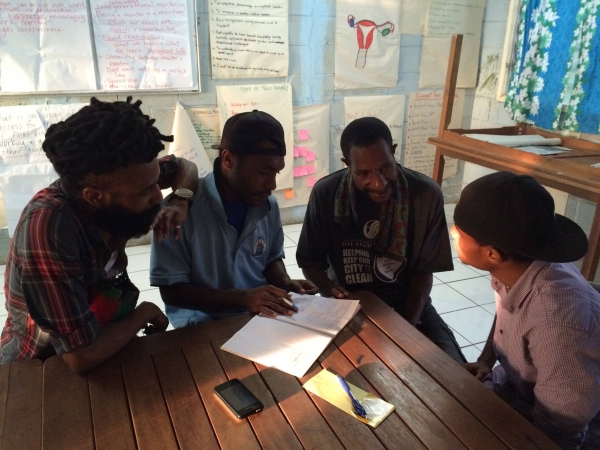 In an effort to focus our energies on topics to address in an artwork the group selected three problems  – Youth Empowerment, Gender-based Violence, and Teen Pregnancy. They were first asked what made them feel powerful, why do teens get pregnant, why are men violent against women, and why do women accept that violence as the norm. Not surprisingly, it all came down to confidence or lack thereof. Confidence gives one power and a secure sense of self. It takes confidence to say no to boys who are pressuring to have sex when you don't, just as it takes confidence to ask for condoms even though it is embarrassing. It also takes confidence to know that an abusive relationship is not healthy, and confidence to get out of it. The group realized that no matter what the issue, confidence empowers. It was decided that the YWCA artworks would be about teaching, showing, and celebrating confidence as a form of empowerment. 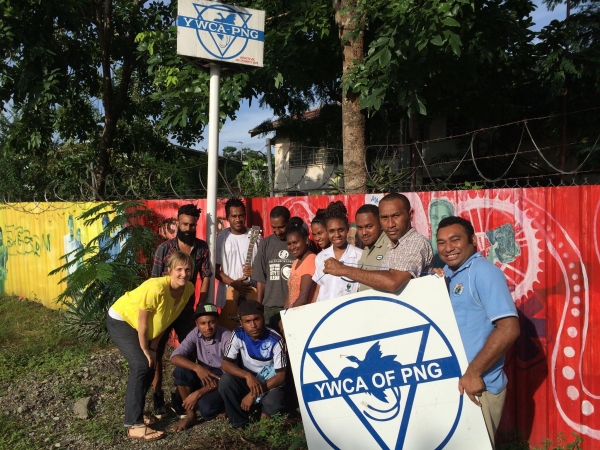