After running a month-long incubator in Durban, South Africa, I realized that augmented reality is still magic to people who experience it for the first time. During the month of April 2019, I worked with some extraordinary and talented South African artists at KZNSA Gallery located in Glenwood. As the gallery’s marketing suggested, we “took over” the space and had to quickly create four different works of art that dealt with social challenges and used augmented reality. The opening was held on May 2, 2019 to a packed audience.

The hectic pace and spirit of collaboration along with learning a new technology compelled everyone to be hyper-creative and energized. For many of the participants, this was their first foray into augmented reality, and we used the Artivive platform and APP to design the AR experience.

The art projects dealt with some hard-hitting social challenges in South Africa — from lack of clean water in rural communities to drug abuse in the cities. All of the artists incorporated interviews and real-life stories from people affected by these problems which made the artwork relevant and imperative. Some of the video interviews were embedded into the AR, which allowed viewers to understand the inspiration of the work.

One team painted a large mural of an astronaut reaching for the stars. The image represented the hopes and dreams many drug addicts have while going through the recovery process. When the AR is activated, the astronaut floats through the room as the background is transformed into the infinite vastness of space. This beautiful rendition of AR was such a powerful experience that it convinced Durban resident and street artist EWOK Robinson to use it in his murals.

The opening night ended with a spectacular dance performance organized by Portia Ncwane. She was part of the “Nomvula” AR comic book team that showcased their prototype at the Cape Town FanCon Comic Book Convention. The team plans to further develop their work for a big launch in Fall 2019 so stay tuned!

I think the incubator and the use of AR taught the participants and audiences how to add a digital layer that brings their artwork to life. The real and digital world can now co-exist and be experienced at the same time.

Durban has one of the most vibrant street art scenes in South Africa, and at the center of it is KZNSA Gallery located in Glenwood. The district has an eclectic mix of cultures and economic diversity, as well as dynamic youth culture. The gallery has become the artistic hub for the community with an ethos of “transformation, incubation, and activation.” 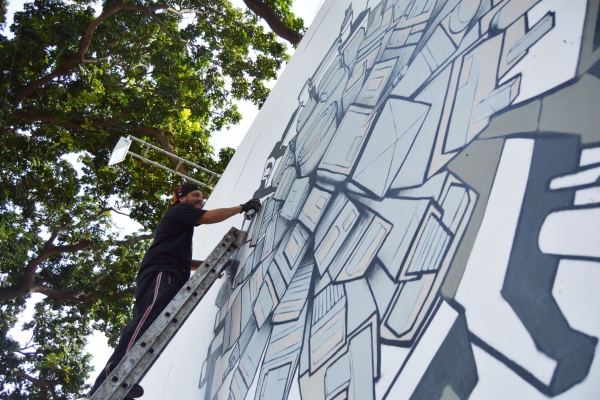 On the Culture Trip website, Angela Shaw, the curator of the gallery, guides us through some of the emerging South African street artists in the city. What is clear from the article is that KZNSA’s ethos is all over the city. The artists reflect the community in their murals, and in turn the community supports public art. KZNSA Gallery dedicates their outdoor wall space to street artists, and new work is created on a regular basis. I am excited to experiment with their “activation” ethos and play around with augmented reality and street art, and work with local artists to make their murals come to life. 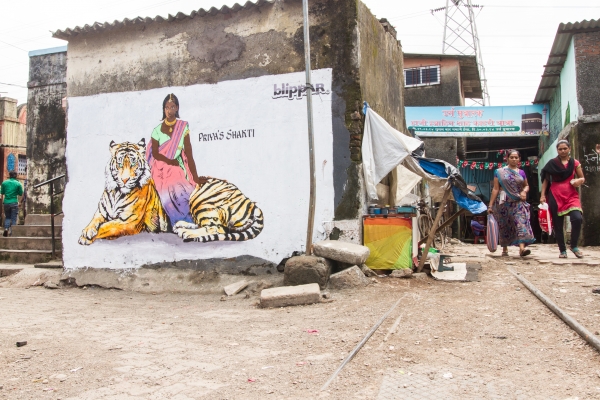 When I was creating the comic book series, “Priya’s Shakti” featuring India’s first female superhero who is a rape survivor, I was trying to figure out how to make the work popular and accessible. I discovered the power of public art through the work of Diego Rivera. He created massive murals in public spaces that showed regular people enduring and transforming history. His work was both a powerful artistic and political statement. Using his philosophy, I decided to take the iconic image of “Priya on a Tiger” and put it in public spaces in India. I think those murals have been seen by over 3 million people.

Throughout Durban, there are dozens of murals consciously (or subconsciously) influenced by Diego Rivera. The artists are painting regular people from their community on enormous walls or bridge columns, thus transforming the mundane into something beautiful and sublime. 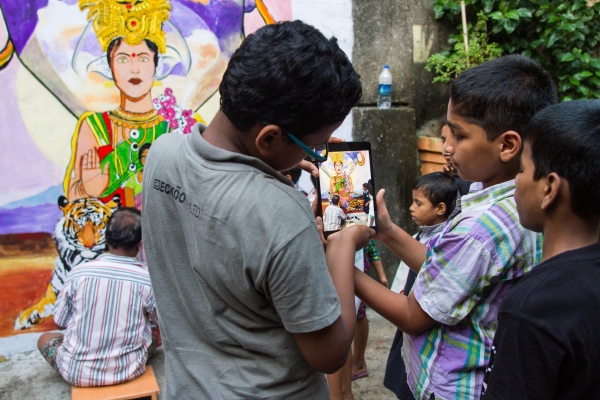 Later, I discovered how to activate these murals and make them come to life through augmented reality. This emerging technology has the potential to change how we perceive and engage with the real world through a digital layer. Artists can create a monologue or physical version of their art and then re-imagine it through a digital transparency over the original without altering it. AR is a new toolkit for artists and for groups of artists to collaborate on new ideas. Even though the painting or mural remains consistent -- the digital layer can change instantly and react to the viewer’s perception of it. I am looking forward to exploring Durban’s street art scene with local artists and instill a spirit of adventure and play into the artwork.