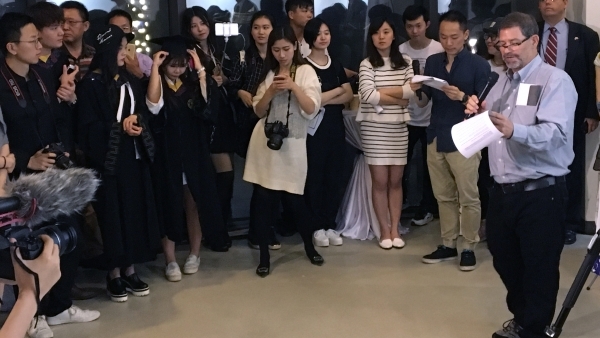 Portal to an Alternative Reality. Video by John Craig Freeman and Jinglin Li.

After much anticipation, Portal to an Alternative Reality was launched last night at the Arts Incubator program's Closing Ceremony and Reception at K11 art village.

Despite the rain, we had a strong turnout for the event. Joseph Zadrozny, U.S. Consul General in Wuhan, acted as Master of Ceremony. 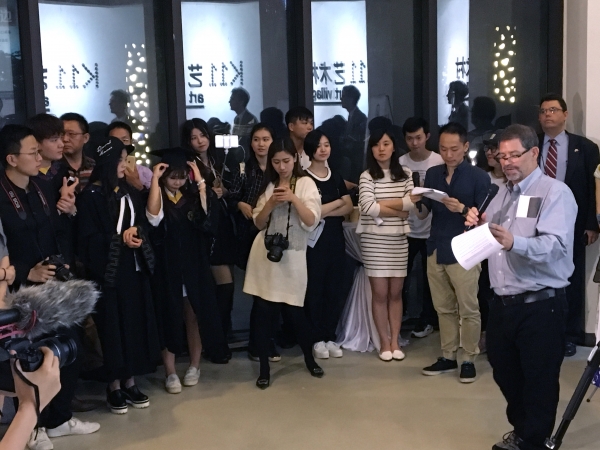 Jamie Dragon (Public Affairs Officer at the U.S. Consulate) and I handed out awards to the teams. 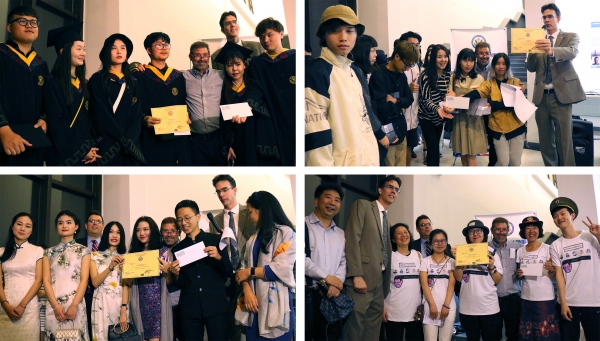 Webcast star Lian Lian 连连 returned to webcast live on Douyu.com at the Portal to an Alternative Reality reception. She had an impressive 6,092 live viewers. 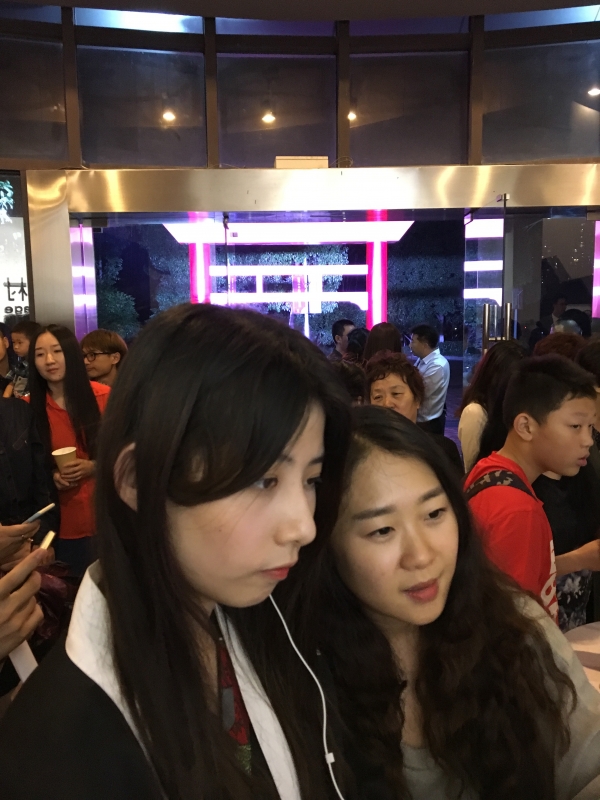 In his seminal short story from 1982 "Burning Chrome," William Gibson notably coined the term "cyberspace.” The concept was later popularized in his acclaimed debut novel, Neuromancer in 1984. I happened to be rereading Count Zero, the second entry of the Sprawl trilogy, Neuromancer being the first.

Another less written about concept that Gibson introduced in these books is the idea of sim-stem stars. Twenty years before anything like reality TV appeared, Gibson imagined people who would become famous by simply living their lives and broadcasting it. In Gibson’s world, the post-apocalyptic, the one-two combination of lowlife and high-tech shanties of the Sprawl, people don’t watch TV, they don’t even wear VR headsets. The sim-stem stars’ broadcast was wired directly into the audiences brainstem through a cybernetic port implanted just behind the ear, like a USB or SD card reader. Gibson uses the term “jacking in.”

Anyone can become a sim-stem, but having your eyes removed and replaced with a set of Zeiss Ikon implants, a combination of camera and live streaming device, is expensive. Thankfully Lian Lian is able to broadcast her life using a comparatively accessible and less intrusive bit of technology — a cell phone on a selfie stick. 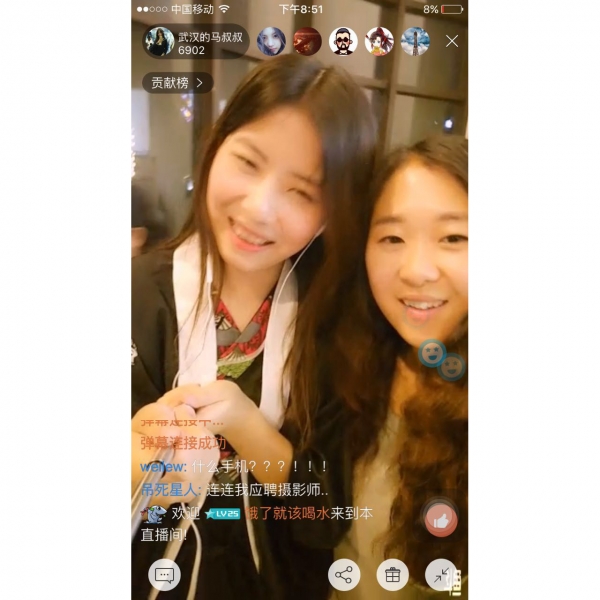 Lian Lian's cell phone was just one of the many mobile devices in the room. Other attendees used their smart phones and tablets to view the community artist teams' augmented reality creations. In addition to plenty of iPads circulating within the crowd, we had a large plasma screen attached to an iPhone. 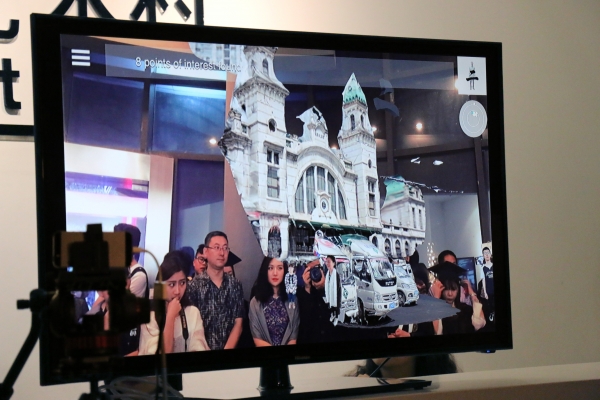 Here are some screen recordings of the teams' work:

Chinese social media is amazing and way different than what we're used to in the U.S. I am still getting a handle on it, but it feels like a great start to have 82 friends in Wuhan! 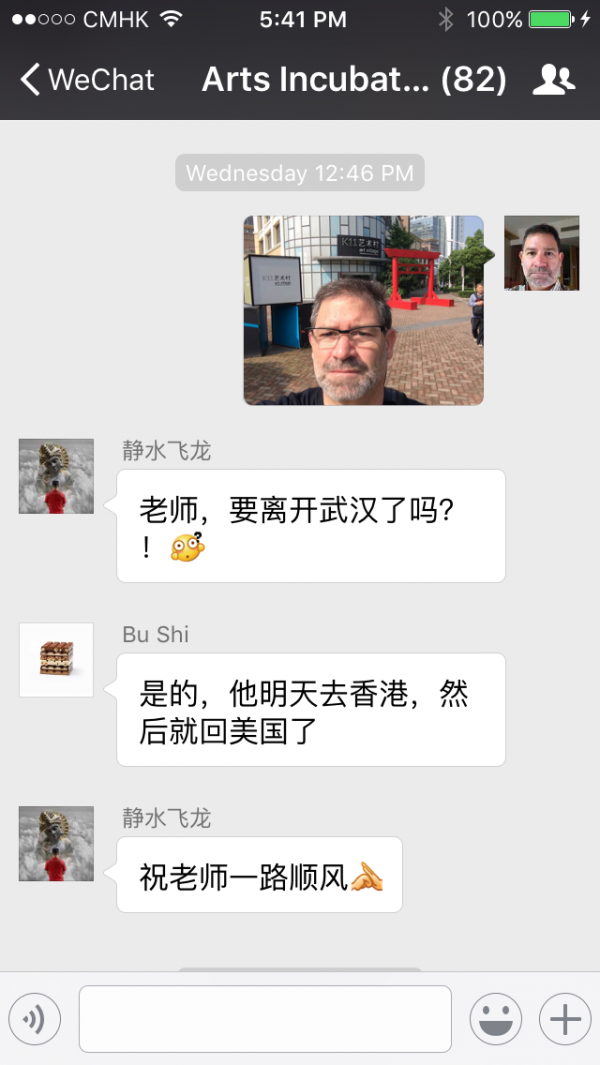 I still am utterly astounded that we managed to actually build the portal as planned, both its physical structure and its many virtual realities. It was a big idea which took the collaborative efforts of an entire city. Well, at least hundreds of people from across Wuhan - not exaggerating. I am very grateful and profoundly honored by everyone's hard work and commitment, and for welcoming me and the ZERO1 American Arts Incubator to the city. I will miss all of my new friends, but hope to return one day to this remarkable city. I shot this video of Kristy Shang and Bond Zhu on my last day at the K11 studio.