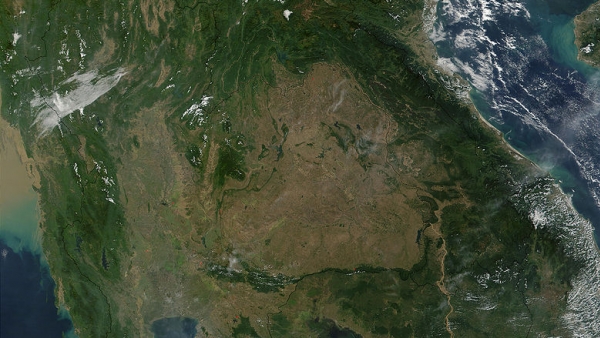 Environmental protection has been something I have been addressing in my work for the last five years. As we continue discussions with the U.S. Embassy in Laos, one of the issues I’ve come upon in my research that interests me is deforestation.

In 2009, I spent eighteen months teaching at Chiang Mai University in Northern Thailand. I was initially struck by the beauty of the sweeping rice fields, the lush vegetation and the overall beauty of the countryside. Over the course of the year I began to notice numerous construction and development projects consuming much of the open space in and around the outskirts of Chiang Mai. In a city that already suffers from dangerously high pollution rates during the summer, this growth and expansion places more strain on an already strained microclimate. Unsustainable farming regulations implemented by the government puts rural communities who depend on crops for survival at risk as land becomes unusable over time.

Early research of some of the top environmental issues in Laos revealed circumstances similar to what I witnessed in Thailand. Robust economic growth has created conflict between foreign investors and the loose government regulations that control the extraction of the rich surplus of natural resources in Laos. Villagers have lost land to foreign investment projects, which has led to more people moving to cities. This increased urbanization places pressure on natural resources and creates new environmental problems in urban centers. Illegal deforestation and mineral extraction are two main concerns as foreign agencies easily exploit loopholes and blind spots in the system.

As I work to identify the main challenges that the country faces, I am also discovering many groups and agencies doing wonderful work to help protect natural resources and the communities most affected by these issues. I hope to find more first-hand accounts from Lao people who are being impacted by all of this change.  All of this will help inform the imagery and themes that will eventually become the foundation of the mural itself.