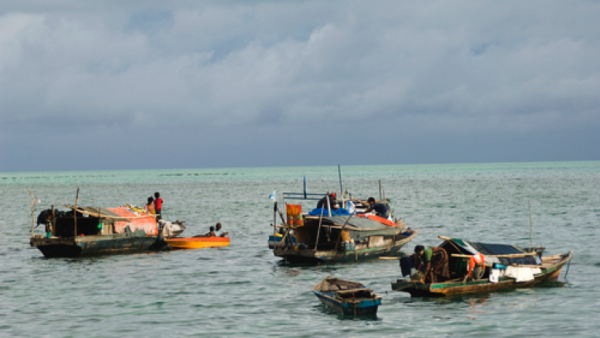 A tropical cyclone (Typhoon Kalmaegi) hit the north of the Philippines today, September 15th, 2014, causing floods and landslides, and killing several people. The list of catastrophic typhoons in the Philippines is huge, but still, perhaps one of the most destructive was the Haiyan (Yolanda) typhoon, which took place on November 3, 2013 and destroyed the city of Tacloban.

I’m lately absorbed by this intense history of meteorological disasters, all related to the unpredictable behavior of temperatures and atmospheric pressure in the Pacific Ocean. As time goes by, I’m more and more interested in understanding how Filipino culture develops in such a tense relationship with the natural environment.

In a way, it seems like the local community is being hunted by the surrounding ocean. A simple search on the Internet of the word Tacloban (epicenter of Typhoon Yolanda) still brings to the top of the list images of the tragedy. The destruction and violence of the typhoon are still spreading in the form of images, as if the storm were still propagating and the waters were high and muddy. However, it’s surprising how little information there is about other aspects of Tacloban’s life. The references I find on Tacloban only suggest loss and decay, but leave out any possible hint about the culture, social structure, or even energy of the city.

As I start this research, I’m finding inspiring references that soon will lead to an answer. Among the most fascinating examples are the Badjau, an indigenous ethnic group from South East Asia that is present in different areas of the Philippines. The Badjau live a seaborne lifestyle, using small hand-made boats to transport not only their people but also entire villages and supplies. This tribe was referred to as Sea-Gypsies for to their nomadic way of living. Their cosmology and rituals (from giving birth to celebrating funerals) encompass the oceanic world that sustains their society. However, due to constant attacks from modern pirates, territorial disputes, and religious confrontations with autonomous Muslim sects, some Badjau have been forced to temporarily settle in the most economically depressed areas of coastal cities, like Tacloban or Bacolod (Philippines), and therefore struggles with of a sort of reversed migration into stationary lives.

Meanwhile, unemployment and poverty in the Philippines are forcing other people to adapt to a similar kind of ‘unsettled’ way of living, which exists in a constant journey over defined trajectories, instead of set destinations. That is the case of the Pa-aling divers, fishermen who practice an extremely dangerous fishing style. Only connected to rubber tube that pumps oxygen into the lungs, multiple fishermen breath through a precarious diesel air compressor as they dive several feet into the ocean. They fish in international waters now, as the seas around the Philippines are already overfished. And because this all takes place on the 'high seas' (no man's land), there isn’t any person, government, or organization that can control this deadly practice.

I’m wondering: How could art practice and somewhat precarious survival ways of living coexist? Perhaps, one adapts to the other one, while creativity (or possibility) emerges within.