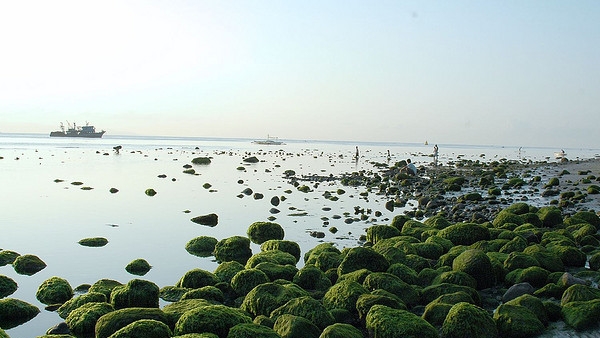 Fascination for the Biodiverse Lands of Dumaguete, Philippines

I’m just starting up a new adventure with art, technology, and the natural environment in the Philippines. It’s a project managed by ZERO1 in partnership with the U.S. State Department’s Bureau of Educational and Cultural Affairs! The goal will be to launch several projects with community members that combine digital technology with local crafts in order to address the issue of Environmental Health.

My previous work (digitalnaturalism.org) has involved working with scientists and crafters to build technology to interact with animals and natural environments. Typically my personal blend of interests and experiences across science, technology, and the arts can make it hard to find programs that support all these realms; this generally means I am forced to downplay some parts of what I do, in order to focus on the specific technological, scientific, or artistic tasks at hand. ZERO1's unique program allows me to explore and protect natural environments via collaborative new media art - a true synthesis of my favorite passions.

Andrew Quitmeyer and the research team out in the field. Photo courtesy of the artist.

Most of my previous work took place in rich tropical environments (such as in Panama and Madagascar) full of unique creatures in special relationships. Being able to continue my work in the tropics of a new fascinating place (I have never been to the Philippines before), increases my exitement for the AAI program yet another level.

I am just starting to research the Philippines and specifically Dumaguete, the main town in which I will be based. As I mentioned, I have no firsthand knowledge of the Philippines, and the basic idea of a country formed out of a collection of tropical islands is fascinating.

Dumaguete itself is located several islands south of the largest, and perhaps most well known, city in the Philippines: Manila. The island it is located on is called Negros (“Black Island”), and is divided into east and west provinces. Before the Philippines was colonized, most of the islands were apparently inhabited by different groups of indigenous tribes. On Negros, the indigenous locals are referred to as “Negritos,” and from my early research there looks like a fascinating cultural center nearby in Dumaguete called Sildakang Negros Village. Dumaguete is now known as a small university town hosting Silliman University.

Dumaguete on the map of the Philippines, by Google Maps.

The first thing most discussed when looking into Dumaguete is the broad array of marine resources. It’s seated at the edge of a channel of several islands known to attract sea turtles, dolphins, and whale sharks. Terrestrially, Dumaguete is near a couple national parks home to interesting animals such as Flying Foxes, Hawk-Eagles, Leopard-cats, and Tarsiers. Negros itself is home to most of the endangered species in the Philippines as it is one of the areas most threatened by development and environmental destruction.

Right now I am focusing on making as many contacts as possible with researchers who have worked in the Philippines along with Philippine-run organizations in Dumaguete. It’s thrilling to imagine all the different ways this project can turn out!