New beginnings and a tribute to ZERO1's ED Joel Slayton 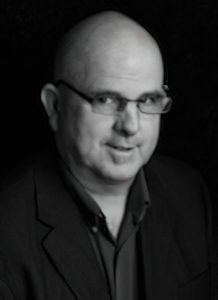 After eight years as Executive Director of ZERO1, I have decided to step down to set the stage for a next generation of leadership. It’s been quite the ride, but the time has come to turn my attention to new challenges including my own art practice. During my tenure, ZERO1 featured over 600 artists from around the world, emerging the ZERO1 Biennial as one of the most significant art and technology festivals in North America. I am proud of the many ZERO1 exhibitions, public art initiatives, Fellowship Program and the American Arts Incubator, all of which have provided unique platforms for artists to experiment, provoke, and inspire new strategies and critical discourse.

ZERO1 represents a network of organizational partners, stakeholders, funders, and individuals who relentlessly offered their guidance, support, and expertise. Thank you all. I often described my job as network facilitator, when actually it was the other way around.

Lastly, I want to acknowledge the ZERO1 Board of Directors and my incredible staff for their dedication to this amazing enterprise.

A note from the ZERO1 Board Chair, Barbara Goldstein

On behalf of ZERO1’s Board of Directors, I want to thank Joel Slayton for the important and ground-breaking work he has done for the organization, first as a founding board member and later as Executive Director. Since ZERO1’s inception, Joel has been a visionary leader who continually promoted new ways to showcase the work of groundbreaking artists who are working with technology and science to reflect and comment on the world around them. Joel built partnerships with industry, academia, and government bringing the power of art to hundreds of thousands through ZERO1's programs.

A recognized artist himself and former Director of CADRE Lab at San Jose State, Joel elevated ZERO1 to an international brand, perhaps better known beyond San Jose than in its own hometown. Beginning with the 2006 ZERO1 Biennial, when he chaired the International Symposium on Electronic Arts (ISEA), Joel’s clear vision brought the work of national and international curators and artists to a worldwide audience, stimulating dialogue and action.

After more than eight years as Executive Director of ZERO1, Joel has decided to move on to pursue other artistic and personal interests. Concurrently, ZERO1 is re-examining its core mission, moving away from producing a Biennial and seeking other ways to connect creative explorers in arts, science, and technologies to affect change in their own communities and beyond.

During this interim period, ZERO1 will be led by Brad Maihack, an Encore Executive Fellow and former HP executive, whose expertise in strategic business development, turnaround, partnerships, and alliance management will provide the organization with the skills it needs to face the future.

We wish Joel a bright and productive future and welcome Brad to ZERO1!