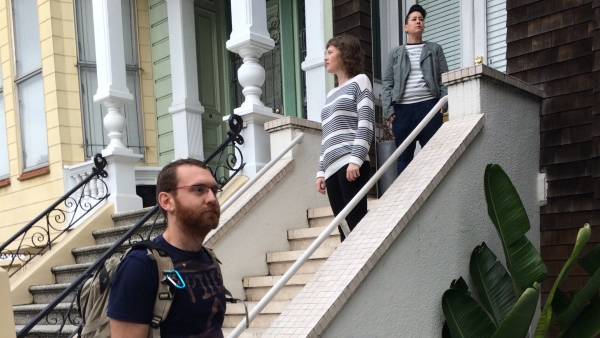 During the ZERO1 American Arts Incubator orientation meetings, it became apparent that there will likey be support to build a counterpart portal for an exhibition at Fort Mason Center for Arts and Culture here in San Francisco! People will be able to look through the American portal and see China, and vice versa. 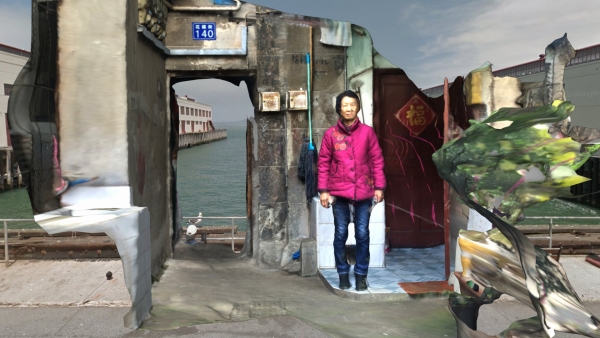 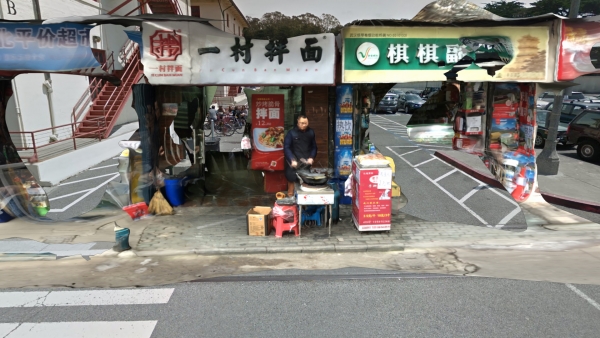 If you have access to any late mobile device and would like to view the work on location at Form Mason Center, I have created a quick set of instructions below.

Instructions:
• Install the free Layar Augmented Reality App, http://layar.com
• Scan this code
• Consult the map for a portal near you

Justin Hoover, the Creative Director of the Fort Mason Center, was able to verify that the augmented reality scenes from Wuhan I placed before my departure were indeed there and working.

Before we were due downtown for the morning meeting on Wednesday, January 27th, Sara Dean (a fellow AAI Artist) and I managed to steal a few minutes to walk up to my old neighborhood at Haight and Masonic, where I created an avatar of her in the context of the street corner. So now I have virtual reality of San Francisco to place in the courtyard of K11 in Wuhan, where the portal will be built, to complete the conceptual opening of the virtual portal.

Sara Dean, Haight and Masonic by johncraigfreeman on Sketchfab

Just prior to the Uber arriving, I was able to knock out another virtual scene in front of the Airbnb where the Arts Incubator artists are staying for the week, with all but Beth Ferguson present.

Andy, Sara and Erin, Fell Street by johncraigfreeman on Sketchfab