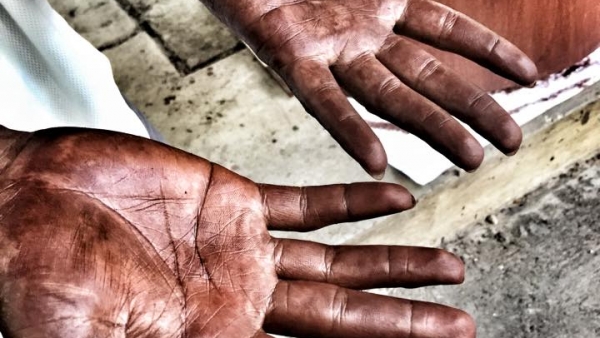 Note from ZERO1: Kendal has been hard at work overseeing the American Arts Incubator, which has already awarded small grants to four groups creating public art projects centered on the issue of women's empowerment. Here are some of the updates from Kendal that were posted to the community-focused Facebook page.

As the Papua New Guinea Arts Incubator inched closer to exhibition day, each group was abuzz with prototyping and production parties! Seeing the Youth Adolescent Health (YAH) Club and Melanesian Institute of Arts & Communication (MIAC) students of the University of Papua New Guinea constructing their projects in the same space has been fantastic. Kendal and Kate float amongst the groups to observe, ask questions, and lend a helping hand. It previously was rare for these two social groups to intermingle, yet now we have heard multiple conversations about how the groups could overlap for future community efforts. Yes to collaboration... incubator style! 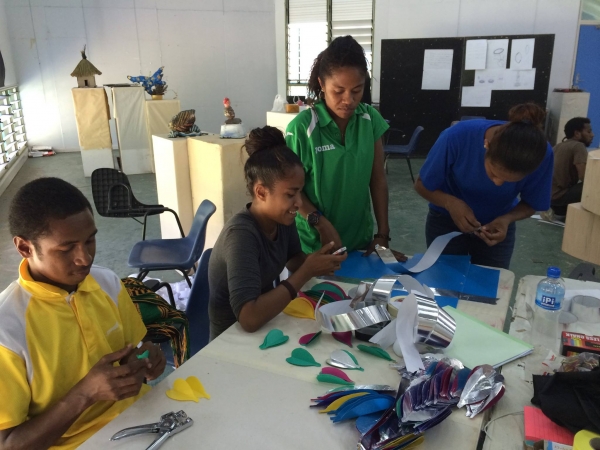 Teamwork makes the dream work. YAH demonstrates collaboration necessary for empowerment as they craft leaves for The Tree of Confidence.

After the four artist groups were selected, the Incubation began. Each group leader drafted plans and their respective groups contributed ideas and feedback to further the concept, design, and number crunching. 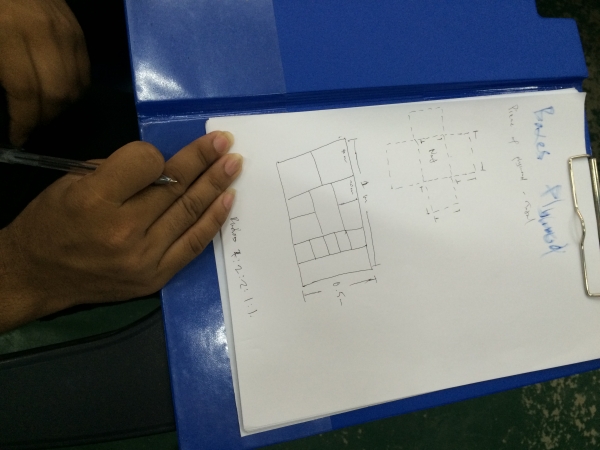 From materials selection and construction, to design and decoration, the hard work of each community project is taking shape. The groups have just one week to prepare before presenting the first phase to the public! 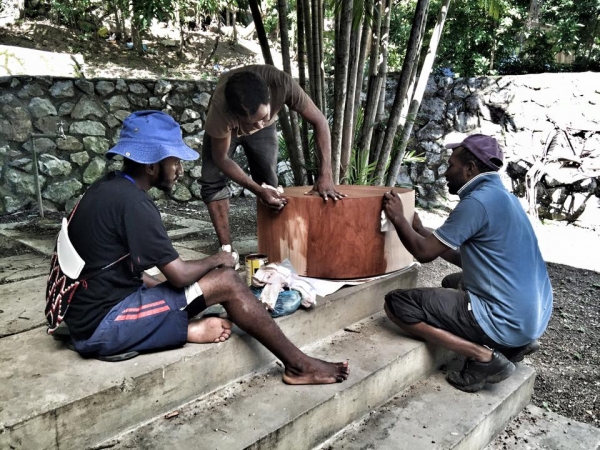 MIAC students had not previously used wood stain, and are deeply satisfied with how this new medium adds sophistication to their sculptural tributes to women leaders from UPNG.

The creation of each project harvested deeper connections with a three-pronged focus of confidence, empowerment, and commemoration. These common themes emerged as the artists exchanged ideas amongst the four groups. 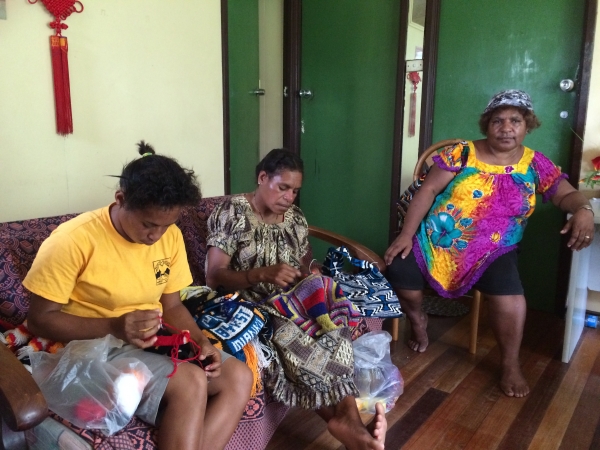 Women preserve their culture while expanding to new markets by continuing the indigenous tradition of weaving bilum bags within the newly-formed collective organized by ELYOK Products.

We've been full steam ahead this week, and the community artists are eager to work through the weekend. It is wonderfully inspiring to see these young people who initially were so shy and quiet come alive in the art-making process. The space is tingling with determined focus and excitement, each artist adding a personal touch to the collective creations.

And a bonus image below... Port Moresby is a mid-sized city of roughly 350,000 people, but word travels fast and we are recognized and warmly welcomed wherever we go. 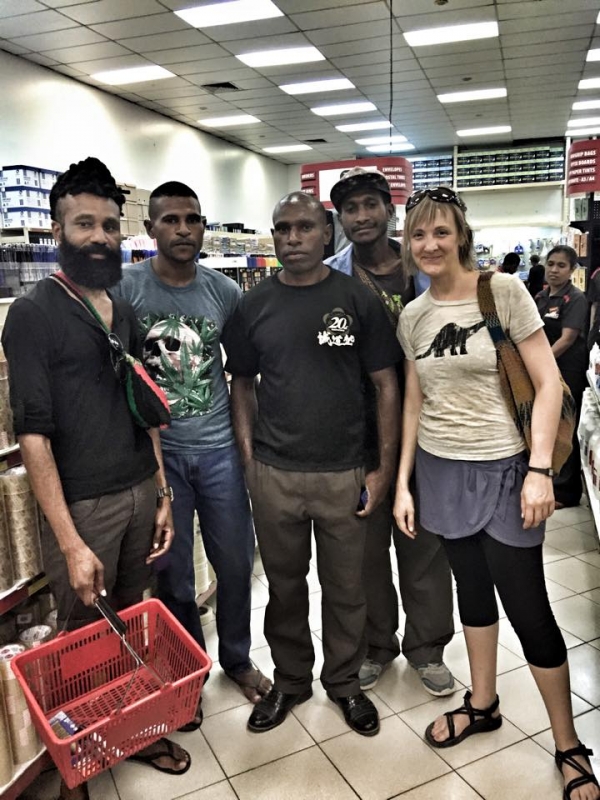 Kendal was stopped at the local art supply store by three eager locals who recognized him as "the American artist" featured repeatedly on TV. They were starstruck and sheepishly asked for photos.

And last but not least, here's a sneak peak of Kendal's personal multimedia project. He and Philemon Yalamu, a Digital & Media Arts faculty member for the MIAC program at UPNG, are in their element as they co-develop the prototypes for a virtual experience that educates and motivates the young people of PNG. 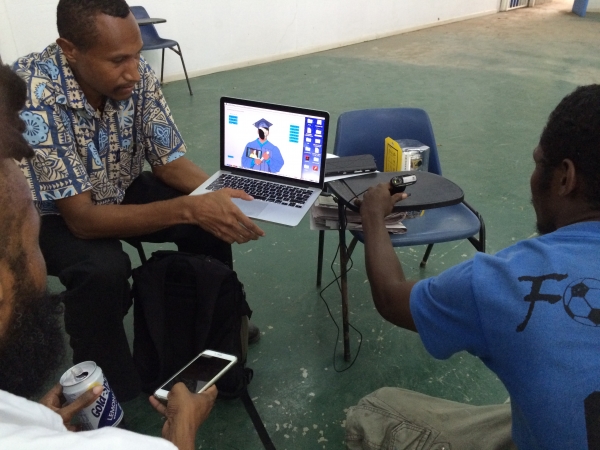 The first prototype of a multimedia interface that allows users to experience themselves in new ways.