At the end of May, I completed my ZERO1 American Arts Incubator exchange in Pachuca, hosted by CITNOVA. I arrived in Mexico City a few days prior to the beginning of my exchange, where I spent five days exploring museums, historical and cultural sites, and learning as much as I could about Mexico’s largest city before departing to Pachuca which is situated approximately 2 hours north in the state of Hidalgo.

After the opening ceremony, the participants and I hit the ground running with four workshops. The workshops explored technical skills such as 3D printing, 3D scanning, laser cutting, and wearable electronics. All technical skills were framed within the context of considering how these technologies and processes could be used to create works and experiences that were rooted in narratives surrounding cultural identity. Through spending in-depth time together at the beginning of the program, I learned about the personal histories of each participant and the rich diversity of the group.

Upon arrival in Pachuca, I was greeted by CITNOVA with a fantastic opening ceremony for our program. In attendance were representatives from the U.S. Department of State Education and Cultural Affairs, as well as local government officials and other community members. It was a great way to start our experience and the first day for me to meet the participants and learn more about Pachuca.

As part of our creative research, we visited several sites in the greater areas surrounding Pachuca including Las Prismas, Atlantes de Tula, local mines, and magic towns such as Huasca and Real Del Monte. Participants used this time to gather 3D data, take video and images for their final prototypes, and gain deeper knowledge to share as part of their final pieces. We also had the pleasure of meeting with art and technology residents visiting from all over the world as part of the local Fronda Arte residency program.

The resulting prototypes were exhibited at CITNOVA where participants shared their ideas with guests panelists and visitors through an Open House. I was incredibly proud of the ideas and projects that each team executed given the brief period of time to learn and absorb a large number of new processes, tools, and technologies.

Personally and professionally, I was blown away by these participants who had a deep knowledge and appreciation for their cultural heritage, home cities, and personal histories. Being able to visit many ancient sites was a true gift, as was spending time with this incredible group of people. Our visit to Atlantes de Tula was incredibly transformative for me personally.

The participants came up with incredible ways to utilize the technical skills that we had covered, including 3D-printing bordado embroidery patterns onto fabric, which blended traditional crafts with new technological approaches. One group explored the rich historical languages present in the Pachuca area by creating prototypes that highlighted indigenous languages through AR magazines and light installations, while another created projects that were visual representations of the history of mining culture through wearable bioplastics. The final group used RFID-embedded objects to create interactive videos of the cultural sites we visited.

This experience was incredibly meaningful, and professionally shifted my approach to considering how new technologies can be used in conjunction with traditional craft in the future. Utilizing new technologies allowed complex issues like cultural identity to become more accessible to a broader public. I am fully confident that the participants from this exchange will continue to develop their prototypes. I look forward to continuing the discussion of these projects online and hope to visit Pachuca again in the future.

Photo courtesy of The Guardian.

When you do a Google search of Pachuca, Mexico, one of the first and most prominent images that repeats itself through the algorithmic results is a picture of two hundred homes whose facades collectively make a large mural that bathes one of the city’s hillsides in saturated hues. A large project completed in 2015 by the artist collective known as the German Crew, this project required the participation, collaboration, and willingness of an entire community to produce.

While this image hardly reveals the complex intricacies of the city of Pachuca, for me it seems poignantly reflective of a vibrant community, one that embraces the arts as connective vehicle, an investment in strengthening relationships among its residents, and has an interest in new and visible partnerships.

Living in Southern California, Mexico is less than three hours from my front door. One could spend just as much time sitting in daily traffic in LA as they could to transport themselves to another country that we neighbor. As an artist and full-time educator living in this area, I feel a part of me has already been made welcome by Pachuca, a city I have not yet visited.

Friends and students in my classroom have extended offerings of connections to family members who live in this area, and a part of me already feels that I have been touched by this city before even setting foot there, and I anticipate (and hope) that Mexico as my now neighbor, through these connections in my classroom and community in Long Beach, California, will soon feel like a second home.

While in Pachuca, I will be working with CITNOVA (Council of Science, Technology and Innovation of Hidalgo), a local institution whose main goals are to promote the integration of science, technology, and innovation into the local community. Through this collaboration, I will be working with members of the community to implement four workshops that explore art and tech based projects that address issues of cultural identity. 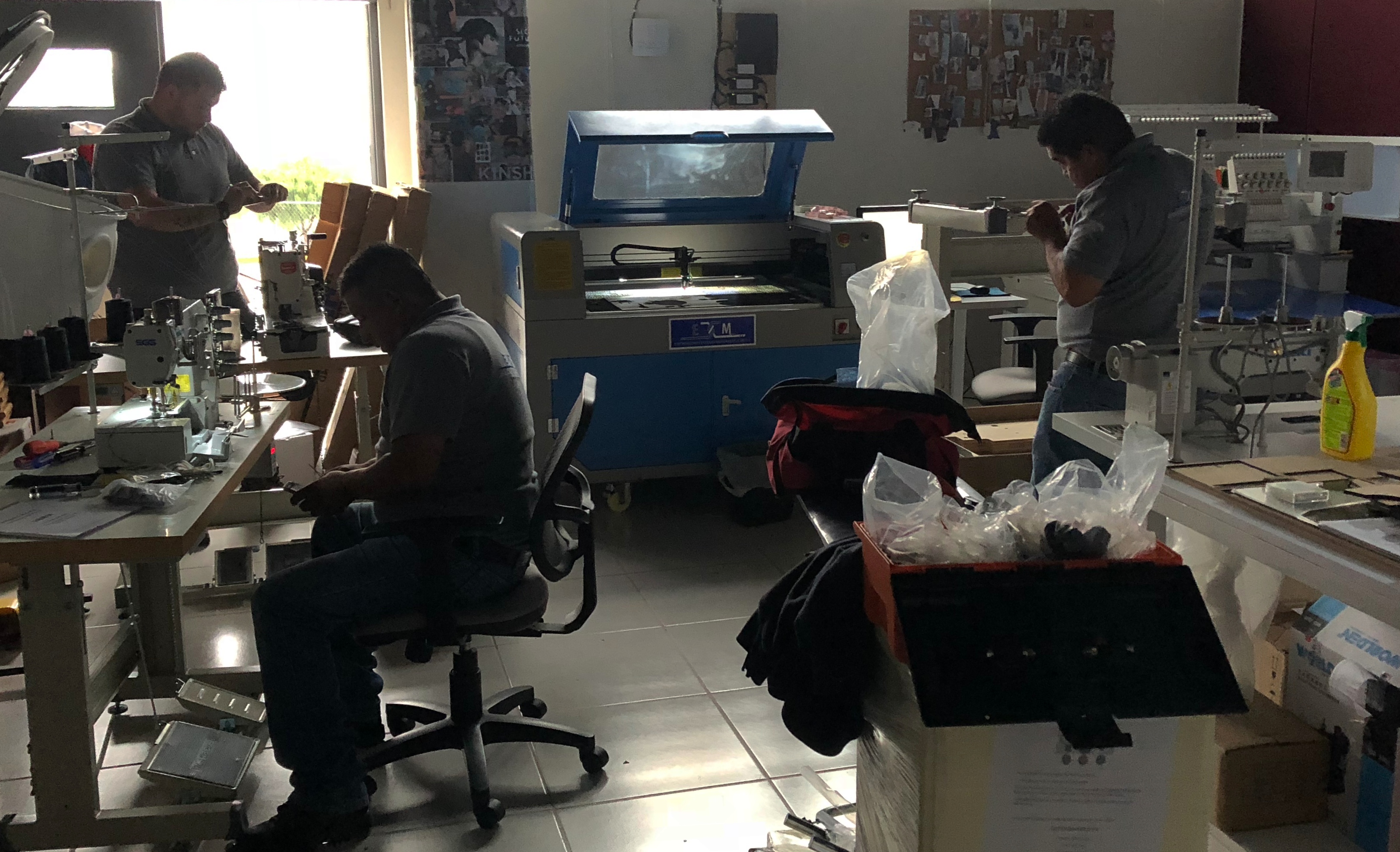 The root of my teaching philosophy is engaging others in becoming active, autonomous, and critical contributors to the arts and their communities through the use of different technology-based platforms and tools. I hope to encourage new tools as methods of collaborative exploration to address these complex issues. In this specific role, I am acting as a facilitator to teach new approaches to creative production through specialized tools. We will be utilizing CITNOVA’s makerspace which houses 3D printers, laser cutters, and CNC milling machines among other specialized tools.

My art practice has always functioned as a vehicle that blends together scientific exploration, emergent digital tools, and traditional sculptural practices to produce works that explore metaphorical relationships between human and nature based systems, but rarely moves into personal spaces addressing issues of cultural identities. This will be a new and exciting challenge from which I will learn a great deal through participants' diverse histories and stories made present through these explorations.

For me, technology’s role in this context (even as technology continues to always shift, change, and evolve) is to augment and create a bridge between traditional methods of production to new trajectories in making that ultimately create new conversations and physical works that can act as a creative envoy to address issues of cultural identity and personal narrative/ideas. I am most humbled and excited to begin exploring these ideas and ultimately build connections and relationships with participants as we begin a journey of new tools and new outcomes.